skip to main | skip to sidebar

Updates on Competition Entries (revised as of September 30, 2013)

Here it is another September, and I'm pleased to announce that I am once again a finalist. My feature spec A Good Soul has made the top 20 finalist list of this year's Shriekfest. This will be the third time the script has been honored as a finalist, once in the California Independent Film Festival, and later in the Long Beach Queen Mary Paranoia Festival.

Speaking of Shriekfest, my short script PWNED had been a finalist there in 2011. This year, the script made the top 100 list of the Table Read My Screenplay Competitions. Where am I leading? I guess I'm trying to say that if different competitions share the same opinions about your script, you might be onto something. I hope so. Either way, I'm proud that both of these scripts have been recognized by these wonderful organizations. (Note: as of September 30, PWNED progressed to the Top 30 Finalists across all categories.)

Needless to say, if you've entered a competition and your script didn't make it to anybody's list, please don't get discouraged! There are so many people attempting to write screenplays that it's easy to fall victim to the notion that you're just not good enough. As a script reader I can honestly attest to reading so much material that is good. The problem is that there is only ten percent of the good that actually gets recognized. And yes, at that point, personal opinion does come into play.

As a finalist, I'm fortunate enough to have something to back up my ability as a writer, but as a reader I'm also painfully aware that  luck is also a factor. Last year I was fortunate enough to score finalist status in The Austin Film Festival and in Scriptapalooza with a Supernatural TV series spec, but I didn't make the cut when I entered the WB Writer's Workshop this year with two that were arguably better based on the opinions of other writer friends. Oh yeah, and one of them, subtitled I Got You Babe, is a quarterfinalist in Final Draft's Big Break competition (had to edit that in since I found out after this original posting - YAY!).

Bottom line, it's a tough business. Persevere by keeping an open mind to criticism, recognizing personal opinion and continuing to write. 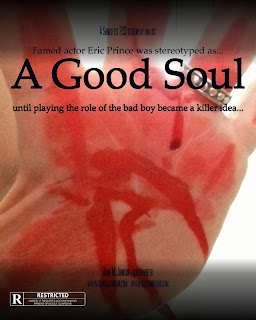 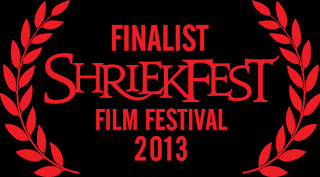 To Purchase the Novel

A Look at What I Write

DJ
Upstate, New York
Enough about me. How about you?

Other Writers to Check Out