This book does not have a happy ending...or does it. I guess it depends on one's point of view. The book is written from the main character Amanda's point of view, as she accounts for the days when she was introduced to, then stalked by a literal demon named Naamah.

I did some research, and Naamah does indeed have a brief Biblical history that Gran uses in a unique and satisfying (although horrific) way. I like when I’m compelled to learn things from reading fiction, and this inspired that for me.

Naamah represents a slippery slope of sin. She represents the burden of what it is to be a woman sometimes, but she also represents the karma from what happens when you mistake a beautiful woman as nothing more than a plaything, as the secondary player in the story of humanity.

I don’t know, maybe I'm overhyping that analogy. But it feels right. It feels close. It's definitely something to think about after reading the book. I think Emerald Fennel's script for the movie Promising Young Woman has a similar vibe--without the possession angle--and I loved that movie.

I’ve been putting off writing my thoughts about this wonderful book because I came in blind to the folklore that inspired it, and with only a passing knowledge of the 30 Years War when it takes place. I'd be a fool not to acknowledge my historical ignorance here... That having been said, I loved this book. I cannot compare it to the original chapbooks that preceded it, as I haven’t read them other than glossing over a Wikipedia page. But here, in this book, Kehlmann uses the folkloric character Tyll Ulenspeigal to dramatic effect, popping in and out of the lives of a number of historic figures relevant to the history of the war. Tyll's presence in this book is often ethereal—literally. Because Kehlmann expertly weaves the story in a way to make us wonder. Is the character real or is he a ghost? Kehlmann plays with that idea often, giving us moments when we feel for Tyll because of the hardships that have shaped him, then letting us see glimpses of him from the point of view of others, where he is seemingly an inconsequential player in the backgrounds of their lives. Until he's not. Until the folly of their existence begins to unravel and we can’t help but wonder if it’s Tyll who pulled that string. I enjoyed it for these reasons. Even if I am woefully ignorant of the history surrounding it. I highly recommend this book. Now I need to go back and brush up on my European history.
Posted by DJ at 8:06 PM No comments:


I read this book a few months back, and forgot to add it to my list of read books. My apologies. And let's be clear, I am not the audience for the book, being a cisgender woman, so why, you say, would I check it out?

Because of Twitter. Because I'm not a fan of banning books, and this title became a topic of debate between myself and some tweet-troll who labeled the book as disgusting pornography. So I decided to check the book out--like most people should before disparaging a book for its content.

Does it present answers for our youth about the topic in question? Not entirely, but that's not what the book is about. The book is about struggling with identity through your young years, and it gives readers the satisfaction of knowing that they are not alone, that the questions they have, the awkwardness they feel, is a normal thing. The book opens the door for potentially meaningful discussion, if you find your kids wanting to read it. That's only a bad thing for parents who don't want to be part of the conversation, in my opinion.

A well written detective thriller with a Satanic cult at its center, this book introduces us to Lena Padget, a private investigator who has lost a family due to the cult. When a member from that past gets out of jail, he wants the hidden away money owed to him from a job gone wrong, and Lena gets involved.

As a detective novel, this is fine. Hightower gets high praise from me regarding characters and their relationships. Also, for her research of occult practices to fill in that part of the story. For the horror fan, this is more of a detective story with horror set pieces.

The ending was a bit of a letdown for me, feeling unfinished in a way that didn’t quite leave me satisfied but with an open door for more. I don’t mind open ended stories that tease the next book, not at all. But this one felt rushed to try and save the ones in need of saving without a high climactic finish. There was danger, but I didn’t feel the danger deep into my own toes. So, while it’s a solid 3+ for me, I didn’t feel compelled to push it to a 4.

It's still a more than worthy consider though for those who like a dash of gruesome with their detective stories.


A Hit and Miss Collection of Campbell’s Early Work

This is actually my first Ramsey Campbell book, and I know. What took me so long, right? That being said, I was a little disappointed. I thought, as an established author, this should have been better—I mean, am I the only one who is going to address the number of typos, particularly in The Guy, where double quote marks stood in for apostrophes? And it happened a lot! I mean, come on. I"m not the best at knowing what"s right and what"s wrong on the page, but when it"s as consistent as that, it"s pretty annoying...

But then that's an editor's job, so maybe I should cut Campbell a little slack. Maybe it's just the edition I happened to read, who knows? And then I reminded myself that this is a series of shorts from Campbell's early career, and I have to admit that there’s a clear voice and style that reflects real talent. Even if they are sometimes hard to follow or seemingly cut short at the end. It could also be, in part, to my limited exposure to British writing. But not by much.

The germ of an idea that inhabits each story is pretty brilliant in most cases. The Enchanted Fruit is delicious except for the ending that felt incomplete. Made in Goatswood, Concussion, The Stocking, Sentinels, Second Staircase—all worth discussion within the realm of literary horror.

DJ
Upstate, New York
Enough about me. How about you? 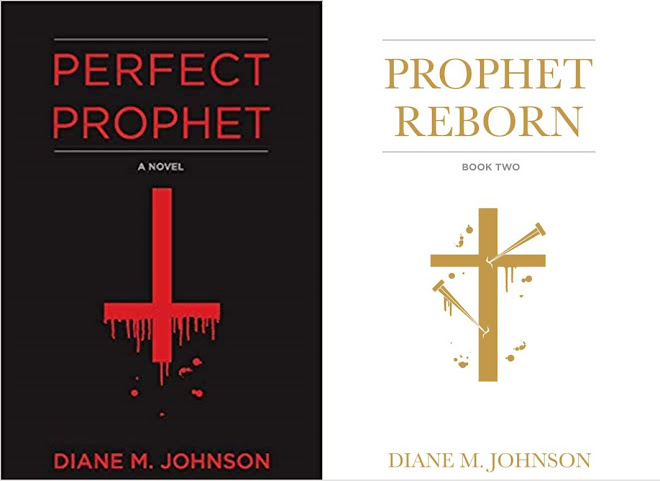 Where I Review Books

Other Writers to Check Out